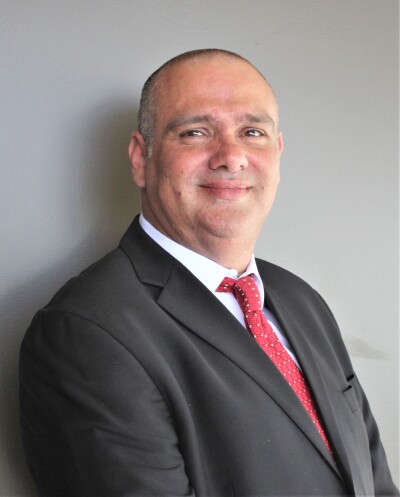 Jerry is a native of New Iberia, having graduated from New Iberia Senior High School in May of 1997. After graduation, Jerry entered into Occupational Medicine. After serving as a Medical Tech, he was promoted to Clinic Administrator.

In October of 2011, he enrolled at Commonwealth Institute of Funeral Service in Houston, TX. In June of 2013, he graduated with honors and was honored to be accepted in the National Funeral Service Honor Society.

After graduation and successfully completing all requirements for The International Conference of Funeral Service Examining Board and having completed a one year internship he became a licensed funeral director and embalmer in June of 2014. In August of 2018, he went on to complete a course in Crematory Operations and became a licensed crematory operator.

After working at two Acadiana area funeral homes and gaining knowledge in the funeral industry he and his partner, Pauline Greene opened Darby and Greene Funeral Home and Cremation Services in February of 2021.

He is a licensed pre-need insurance agent and a member of the Louisiana Funeral Director's Association in the Southwest District.

He looks forward to serving the families of Iberia Parish and the surrounding areas. His favorite saying is "I do not strive to meet a families expectations, I strive to exceed them".

Pauline is a native of Kaplan, LA and has been a resident of Lafayette for 28 years.  She attended the University of Louisiana at Lafayette majoring in the field of Liberal Arts.  She worked as a professional for 25 years until her retirement.

After retiring she began her career in the funeral industry.  In February of 2021 she opened Darby & Greene Funeral Home and Cremation Services, LLC.

Outside of the daily operation of the funeral, Pauline enjoys traveling the United States and abroad, cycling, fishing, being outdoors, and spending time with her daughter, Lauren, who resides in New Orleans, LA.

A year of daily grief support

Our support in your time of need does not end after the funeral services.  Enter your email below to receive a grief support message from us each day for a year.  You can unsubscribe at any time.